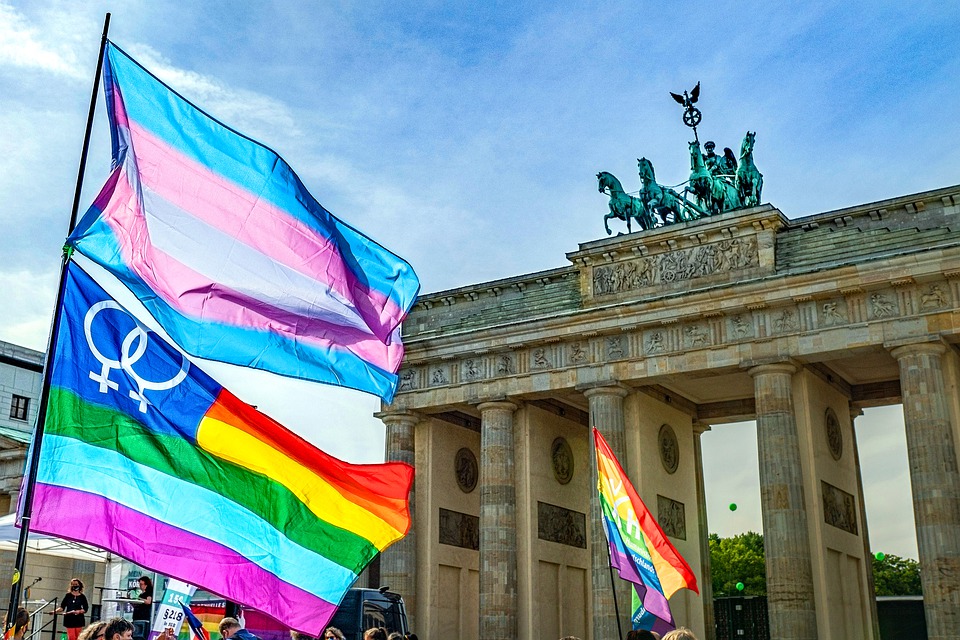 I wholeheartedly congratulate us on this anniversary. “Years of love! Years of struggle! Years of Pride March! “But all over the world we are still fighting for equality, and it’s still a long way to go combined with huge pull backs.

The anniversary of the Pride March in The Philippines is an excellent occasion to look back with pride on what has been achieved so far. Much has changed for the better in the past few decades. Christopher Street Day, how it was originally called, is the most visible symbol of the decades-long, tough struggle for an end to persecution and for equality and acceptance of lesbians, gays and trans * people. This fight was and is by no means always easy. Today is the day to celebrate what has been achieved. But also, a day to finally demand full equality. When lesbians, gays and trans * people today demand equal rights and protection from violence and discrimination, they often hear: “What more do you want? Haven’t you achieved everything?” This is by no means the case. Since the Anti-Discrimination ordinances were set up, many lesbians, gays and trans * people have turned to the several LGBTQI organizations. They report discriminatory dismissals after employers learned about homosexuality. But yes, they speak up, because they feel more protected. They told us about rejection from family, friends and employers when they come out. And they report tough processes to get benefits and allowances for their life partners, for examples when companies measure their help during the pandemic, health insurances etc. I would like to give you a few specific examples we can observe internationally:

A man was looking for a new apartment with his partner. Again, and again, however, the landlords turned them down as new tenants after they learned that the two men were not flat mates, but a couple.

A woman wanted to have her life partner insured through her health insurance. However, the health insurance company refused to do so with reference to the statutes. According to this, only spouses could be insured, but not registered partners.

In all three cases, people were discriminated against. With material disadvantages. In addition to such cases, I am also shocked by mere statements and attitudes towards homosexual people that I hear again and again. We just had the case of the homophobic attacks in Spain, a country where same sex marriage is even legal, but still.

My impression that something is wrong here is borne out by research. The Sinus-Milieu study on the perception of discrimination on behalf of the ADS shows, for example, that in many milieus there are still deeply rooted prejudices and rejection of homosexuality - including disgust and feelings of hatred. Attitudes hostile to homosexuality are mainly found in traditionally and conservative religious areas of society, but also in the so-called “middle class”. The society, as you know it, still has a lot to adjust here.

When I found out that same-sex partnerships in Baden-Württemberg and Thuringia, two federal states in Germany, cost two to four times as much as marriage of heterosexuals, I was outraged. The disadvantage of homosexual people through higher fees cannot be justified. Neither did the fact that they did not have to register at the registry office, but at the public order office. And this is what we call a “first world country” With all the continuous progress, I find it shameful how strong the resistance to equal rights for lesbians, gays and trans * people still are. In the most diverse areas of life, they have to enforce every single right in tough litigation over years. The European courts have already declared any unequal treatment to be unlawful. The European Equal Treatment Directives and the European Charter of Fundamental Rights do not allow discrimination on the basis of sexual identity. The Federal Constitutional Court of the USA has already got to the point: There is no longer any justification for the unequal treatment of civil partnerships and marriage. I would like to remind you that gays in particular were not only discriminated against until well into the 1960s, they were persecuted and convicted. More than 50,000 homosexual men were sentenced after the war under Section 175 of the Criminal Code in Germany alone, which continued until 1969 in the version tightened by the National Socialists where homosexual people were prosecuted and killed; 300000 to mention in deep grief. Many others were denied a life of self-determination even without judgment. It is our historical responsibility to protect lesbians, gays and trans * people from discrimination, violence and persecution.

For me, this is one of the reasons why I am adding on equality.